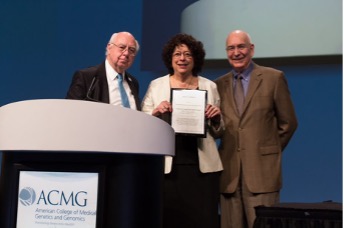 This article began as an acknowledgement of the nearly 30 years of PWSA | USA elected delegates to IPWSO, the International Prader-Willi Syndrome Organisation, but rapidly became much more than that.  PWSA | USA was actually instrumental in the founding and development of IPWSO.  The mission and vision of IPWSO is similar to that of PWSA | USA but with the added responsibility of assisting those in countries where Prader-Willi syndrome was often unknown to physicians and struggling families who needed diagnosis for their challenging child. 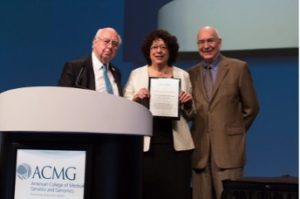 IPWSO evolved from the vision of Dr. Suzanne Cassidy who is a USA pioneer in clinical care and research of PWS.  She realized that an international conference of scientists and researchers committed to the study of PWS would have an enormous impact.  She sought and received a grant from the North Atlantic Treaty Organization (NATO) for this proposed conference.  Janalee Heinemann, executive director of PWSA | USA, provided her with a list of every international person in the USA database.  Dr. Cassidy contacted them in search of a host country.  The Netherlands responded positively.  This first meeting was held with seventeen countries from four continents in attendance.  As a result, Prader-Will syndrome became a global collegial research community.

At the same time, Jean Philips-Martinsson from Sweden, who had a son with PWS, determined that there should be a concurrent family session for those who have children with PWS.  Dr. Louise Greenswag, another USA pioneer in the management and behavior of this syndrome, with Dr. Susanne Blichfeldt, a mother and physician from Denmark, co-chaired this initial program.  Doctors Cassidy, Greenswag and Blichfeldt continued to plan these triennial conferences for decades.

IPWSO will celebrate its 30th anniversary at the Ireland meeting in 2022.  IPWSO has three categories of delegates from each country: Parent and Professional, who split one vote for their country, and more recently, a Caregiver delegate.  There are currently 39 dues-paying members and approximately 75 more associate member countries who cannot afford even modest dues.

Dr. Cassidy was the first USA professional delegate to IPWSO and continued in this role until she was elected to be president of IPWSO in 2010.  At that time, Dr. Daniel Driscoll, a USA pioneer in the genetics and diagnosis of PWS, assumed the position of professional delegate.  He chairs IPWSO’s international CSAB (Clinical and Scientific Advisory Board) which reviews all new research, publishes a quarterly review of the best, writes papers on important topics, and responds with information to emergency needs of physicians and families from around the world.  In the early years of IPWSO, it was PWSA | USA publications that provided extensive information.  USA generously encouraged the use and translation of these materials by IPWSO.

The first parent delegate was Mildred Lacy.  She and her husband Willie and son Ricky were true advocates for the international needs of families with PWS.  Mildred stepped down when the work went digital. 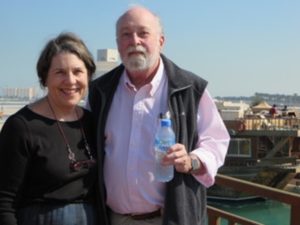 In 2001, Joan and Jim Gardner hosted the only combined IPWSO and PWSA | USA conference in Minnesota.  1250 people attended this weeklong conference.  There were separate day programs for Scientists and Professionals, for Professional Caregivers, for Presidents of countries and states, and for the joint Parent and Professional meetings.  It was a successful combination of each organization’s conference traditions and introduced IPWSO to the importance of educational programs focused on caregivers who meet the needs of children and adults who have PWS: including case managers, teachers, health care providers, staff of residential homes, therapists, nutritionists and others.  IPWSO also went on to develop FamCare which compiles industry   best practices into articles that help families whose children will never leave home.  Most of the world does not have residential options or support services for those who have disabilities. 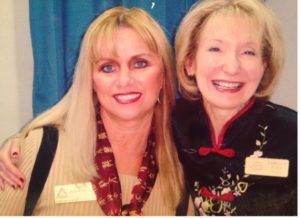 Pam Eisen was elected as parent delegate to IPWSO in 2002.  At that time, Janalee Heinemann for PWSA | USA and Giorgio Fornasier for IPWSO were sharing information booths at international medical conferences.  The most impactful was the European Society for Paediatric Endocrinology (ESPE), a gathering of over 3,000 endocrinologists from around the world.  They introduced hundreds of endocrinologists to Prader-Willi syndrome and its unique medical issues.  Many of IPWSO’s associate country members came from these endocrinologists who also learned that IPWSO could provide genetic testing if there was none available in their country.

Pam Eisen was elected president of IPWSO in 2004 in New Zealand.  Pam and Janalee traveled all over the world with Giorgio Fornasier presenting PWS educational sessions for parent and professional groups.  Pam’s empathy and determination to find help for struggling families was legendary.  She expanded the impact of IPWSO so enormously that there were 66 pages of condolences from around the world upon her tragic death from cancer in 2008.  IPWSO was a true presence in countries helping families to form associations, educating both parents and physicians about managing the special needs of children and adults who have PWS.

Dr. Suzanne Cassidy was then elected president and Janalee Heinemann as vice president in 2010 in Taiwan.  This was a pivotal time.  International communication was expanding and IPWSO was meeting increasing demands.  The next IPWSO conference was in Canada, hosted by FPWR Canada.  Two major decisions came from this meeting.  The first was to seek international nonprofit status for IPWSO in the UK, and the second was to hold the 2019 conference in Cuba.  This signified a true commitment to struggling countries and to the Spanish-speaking world.