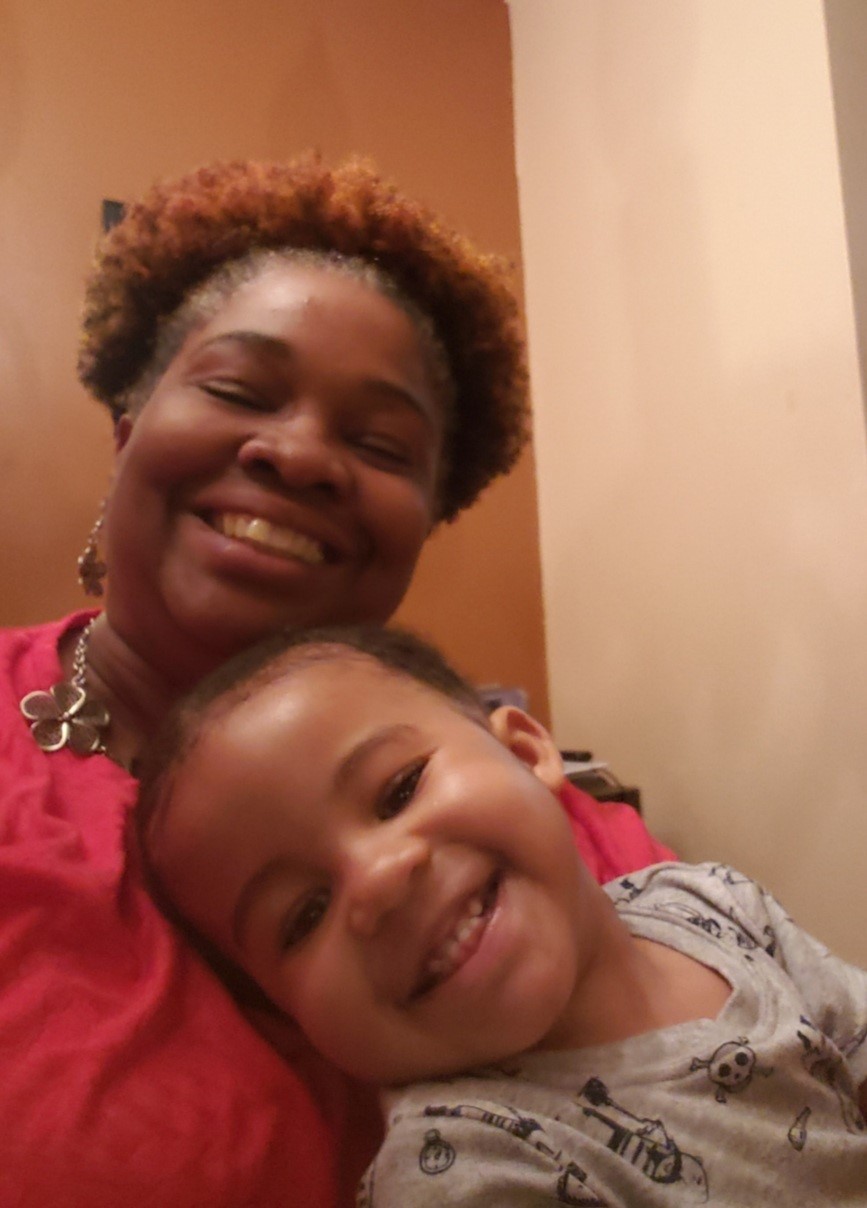 “The test kept coming back normal.  Lord, we are happy everything is coming back normal but there is something wrong.”  This is the first thing that comes to mind when I think about those first days of Major’s life.  Major is the first child for my daughter and her husband.  Her pregnancy was uneventful but in hindsight we now wonder if the times she didn’t feel Major move for hours were an indication of his sleepiness.

We were all so excited about his birth. Major wasn’t breathing on his own when he was delivered and the NICU staff were present to assist.  They took him to the NICU for observation.  My son-in-law and I were excited to go up and spend time with him and allow my daughter to rest.  Major was asleep but we did not think anything of it.  His vitals were all good.

Since we had been up all night, I was tired and ready to head home for some sleep.  A couple hours later my daughter called and was upset.  She said Major wasn’t latching on to nurse, his eyes were rolling back in his head, and she knew based on her experience working in a postpartum unit something was wrong. I wasn’t sure what to say. I was in shock.

The next day an MRI and more blood work was done, and it all came back normal.  Major would still not latch on and they continued feeding him through an NG feeding tube. Before we knew it, a week had passed and we still didn’t have any answers. I could see it was wearing on my daughter and son-in-law.  My daughter kept saying “it wasn’t supposed to be this way.” Our family and church family were praying for answers.  It was hard for me to watch the sadness my daughter was experiencing.  As a mother I wanted to take her pain away, I wanted to make it right.  I searched for the words and songs to encourage her.

The doctor in the NICU became someone my daughter dreaded seeing because he didn’t have any answers. During Major’s second week in the NICU, the doctor mentioned Prader-Willi syndrome (PWS) after he consulted with a genetic doctor at the leading pediatric hospital in our area.  He wanted to run genetic testing, but the results would take days to come back so they were discharged from the hospital without answers.

My sister (who is a nurse) read about a child in our area who was diagnosed with PWS.  She sent me the story from the local news, which was enlightening.  Then my sister remembered a story of a young man in our state who died from PWS and I was not ready for that news. We still didn’t have a diagnosis, but I remember the mother in the story said, “don’t go to Google because the information is outdated and difficult to read.”

Here I was with information on two children with vastly different stories.  Should I share this information with my daughter?  I thought she had enough going on, but I suggested she not go searching on Google.  Well, I was too late.  Within a week my daughter received the lab results while in my kitchen.  I could tell by her reaction the test determined Major had PWS and our last glimpse of hope seemed to diminish.  I was holding Major and immediately began to cry and pray over him.  My tears were dropping on his precious little face.  Lord, what does the future hold for this precious baby? Ephesians 3:20 became the verse I prayed over Major. “Now unto him who is able to do exceedingly abundantly above all that we ask or think, according to the power that worketh in us.”  I was confident Major would do exceedingly and abundantly above all we could imagine. Now it was time to get to work!

I pushed my daughter to call and get all of the therapy services started.  I took them to all their doctor appointments and therapy sessions.  Major started therapy at 6 weeks and that has been life changing for him.  My daughter finally mustered up the strength to change his feeding tube on her own.

Meanwhile, I decided to contact PWSA | USA and requested information. My daughter was refusing to contact PWSA | USA at first because she was angry.  One of the amazing things that happened was when I received my call from the Family Support counselors: my daughter was at my house and because she is nosey, she listened.  I joined the grandparent Facebook page. I could relate to the stories shared.  As a grandparent, this was truly a challenging journey.

When my packet came in the mail from PWSA | USA, my daughter and her husband were at my house.  She asked to open the packet and started reading the material.  What she read gave her encouragement.  She started reading information to me and her husband.  This made my heart smile.  She then requested the parent packet from PWSA | USA.  She received a call from a parent mentor, and this made all the difference in the world – she no longer felt alone.  Amazingly their stories were similar.

I told my daughter she was not only Major’s mother, but she was now his greatest advocate.  It would not be easy because parenting is not, but I was confident Major would bring her and us great joy.  We would not focus on the future but on every milestone and I am happy to say there have been many beautiful milestones.  #MajorMiracle