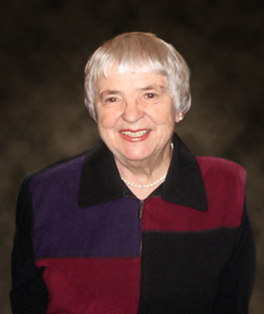 We always admire professionals who have found a special place in their heart to study, research, educate and care for persons with PWS and their families.  Dr. Vanja Holm and Peggy Pipes MRH, RD, were two of those remarkable people and examples of some of the earliest pioneers who exemplified this.

Dr. Holm graduated from medical school from the Karolinska Institute in Stockholm.  In the 1950’s she met her husband and moved to Seattle, Washington.  She did her internship and residency in pediatrics at the University of Washington at a time when there was only a handful of women who pursed a career in medicine.  She was a developmental pediatrician who devoted her career to advancing awareness, knowledge and treatments for persons with PWS as well as Rett syndrome.  She was on staff at the Child Development and Mental Retardation Center (later renamed to the University of Washington Center on Human Development and Disability Center) in Seattle, Washington. She was also the Medical Director of the Boyer Children’s Clinic in Seattle, a clinic for children with developmental disabilities, for 20 years.

Dr. Holm partnered with Peggy Pipes, MRH, RD, a devoted nutritionist, in developing a dietary approach to successfully manage the extraordinary weight gain in persons with PWS.  Many parents of older adults with PWS recall being informed that their loving child with PWS would “eat themselves to death and there was nothing that could be done to change this.”  Others recall being advised to place their child in an institution.  In addition to this somewhat simple, yet life altering approach to managing the weight gain, these professionals also advocated for environmental control of food in all environments.  Both Dr. Holm and Peggy Pipes contributed several articles on this topic.  In 1972, Zellweger, Holm and Hall published the first breakthrough article on PWS in the Journal of Pediatrics.  Another one of their first articles, “Weight Control in Children with PWS” was published in 1973 in the Journal of the American Dietetic Association.  In August of 1977, Dr. Holm and Peggy Pipes published an article, “On the Management of PWS” in the Journal of Pediatrics, one of the first articles targeted to inform pediatricians about this disorder.  They co-authored several articles on diet and nutrition in children with PWS at a time when many health care professionals knew very little about this disorder.  In addition, they both contributed articles to the PWSA | USA newsletter, The Gathered View.  Both also served as board members to PWSA | USA, Dr. Holm 1977-1987 and Peggy 1977-1983.  In 1979, Vanya and Peggy, along with Stephen Salzbacher, organized the first Scientific Conference on PWS in Minneapolis, Minnesota. This conference resulted in the first book on PWS, published in 1981.

In the early and mid-1970’s, Dr. Holm became a PWS awareness ambassador where she focused her efforts on spreading awareness to many media outlets across the United States.  She was most proud of an article featured in Time magazine in 1970 about PWS.  In addition, her articles were published in Newsweek, Today’s Health and the Good Housekeeping magazines.  The Associated Press picked up these stories, and additional articles were featured in the Seattle Times, San Francisco Press as well as the Alaskan News.   According to PubMed, an online research resource, Dr. Holm had 47 highly influential citations and 45 scientific research papers.  Parents from across the USA began traveling to see Dr. Holm and Peggy Pipes to learn from their expertise.

Throughout the 1980’s and beyond, Dr. Holm collaborated with other medical, clinical and research professionals to help identify diagnostic criteria in identifying persons with PWS, prior to advances in genetics.  She served on the Scientific Advisory Board of PWSA | USA and was chair for many years.  She also presented at several Scientific Day meetings.  She contributed to furthering our knowledge on numerous clinical topics in managing and treating the manifestations of PWS.  Some of her topic areas included; growth hormone, scoliosis, ghrelin levels and a collaborative approach to management of PWS.

Testimonial shared by Dr. Suzanne Cassidy: “Dr. Vanja Holm was an important and caring specialist physician who was devoted to medical care, research and education about people with PWS.  She was responsible for increasing awareness of PWS within the medical community.  I had the privilege of collaborating with her for my Medical Genetics fellowship research project, in which we did one of the first studies on the chromosome 15 deletion in people with PWS.  Prior to that, the diagnosis was made of clinical grounds only.  And we worked together to set up the Scientific Advisory Board consensus conference that developed the first set of formal diagnostic criteria for PWS, with her as chair. There is no doubt that Vanja was responsible for inspiring my career-long interest in PWS.  She holds a very special place in the history of our knowledge about PWS for families and care providers.  She will be greatly missed and I will always think of her with gratitude and admiration.”

Both Dr. Holm and Peggy Pipes are two of our early pioneers who truly made a difference in advancing our knowledge and understanding in many areas of the management of PWS.  Dr. Holm died in November, 2020 after a 10-year battle with dementia.  We are currently unsure of Peggy Pipes’ location and status.