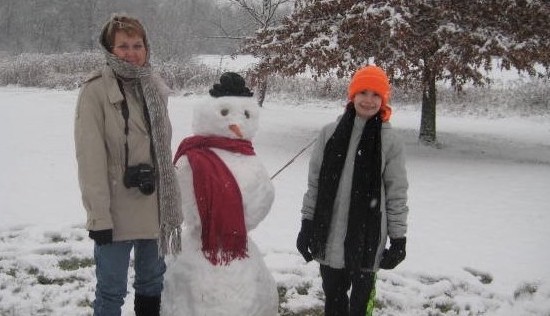 I came to be the grandmother of a child with Prader-Willi Syndrome through marriage, and little did I know at the time what a special grandson Reagan was going to be.  When I look at him, I do not see a child with PWS, but rather I see Reagan, a very special young man. I am ashamed to say I had never heard of PWS, though I had been a registered nurse for over 35 years.  I officially joined the Seely family when I married Reagan’s Grandfather, Bob, in 2010.   Shortly after our marriage, Reagan’s parents, Rob and Diane, told me they had been discussing suitable names for Reagan to call me, and asked me what I thought of ‘Nana’. My heart skipped a beat, as it was a wonderful term of endearment. I had never been called ‘Nana’ by anyone.  Maybe Grandma or Granny, …even Mermaw.  But Nana belonged to Reagan and me, and it did not take long for us to settle into it.  I finally felt a part of the Seely family, and to this day, when Reagan says ‘Nana’, it just melts my heart.  He is not a ‘step-grandchild’, but my Grandson, and I am so very proud of him, as all grandparents are of their grandchildren.

Prader-Willi Syndrome is often referred to as a broad-spectrum syndrome, exhibiting many different symptoms and challenges. It does not discriminate between sexual identity nor race.  Boys and girls around the world are diagnosed with PWS every day, although third world countries often present special challenges in the diagnosis and treatment of PWS.  I understand that clearly now, but the story I am going to share is not one of fact or science or medicine, but of the heart.

I spent 20 years of my life caring for AIDS orphans in Zimbabwe.  In fact, that is where I met Reagan’s Grandfather.  In 2003, Bob visited the children’s home I was running, and he returned in 2004 to assist with our building program.   In 2010, after a long friendship, we married; he fell in love with my orphans…I fell in love with Reagan.  But the story does not begin there.  Years prior to that, shortly after I arrived in Africa, full of hopes and dreams, I was instructed to work for 6 months in a government hospital to familiarize myself with the maShona culture, tropical diseases, and terminology, including the maShona language.

During that time, I was assigned to work on the Pediatric Oncology Unit at Parirenyatwa Hospital (Dr. Parirenyatwa was the first African National to earn his medical degree from the all-white University of Rhodesia).  Emotions were constantly challenged with heart-wrenching cases of cancer in little ones.  One afternoon, after I had simply given a few minutes of listening time to a broken-hearted mother, she said to me in the MaShona language, “Ndinotenda Mbuya” (Interpreted literally, “I thank you Grandmother”).

I stood behind the desk, somewhat stunned at having just been called a grandmother, for I was just shy of my 35th birthday and I had an infant myself at home.  I thought to myself, “She is either blind or crazy, because I know I do not look like a grandmother.”  I continued with my work, but I could not shake the feeling that I needed to ask someone why she had called me ‘Grandmother’.

As I was musing to myself, a respected co-worker came to the desk and I told her the story.  She gained a large smile on her face and said, “Nisi, you are now truly ‘one of us’.   You see, to be called a Grandmother is the highest honor any African could give you, because it simply means you have lived life…you understand many things…and your time has come to be respected.  It has nothing to do with your age.  She is simply saying ‘I respect you’.  In our culture, it is the highest gift you can give someone. You should feel honored!”

“Oh, I do”, I tried to convince her, yet somewhat still stunned.  “However, in our culture to call a 35-year-old woman a grandmother could be an insult.  It just took me by surprise, that is all.”

And so that day I learned a little more maShona culture, and it was something I was to hear many more times before leaving my beloved Africa.  To this very day, I always consider it an honor when someone calls me a grandmother, telling them my ten grandchildren (and one to come!) are jewels in my crown.  (Proverbs 17:6). Except now there is a very special young teenager in Ohio who has substituted the word to Nana, though it means the same thing.

So, call it what you may…Grandmother…Grandma…Granny…. Mermaw…. or Nana.  It is a title of respect that is never to be taken for granted.  It does not mean that we have to be anybody special, it just means that we have to be.…willing to love and share ourselves with those who love us just the way we are, just because we are their ‘Nana’.

And so, this is dedicated to you, Reagan, for allowing me to be your Nana.  It is a gift I will never take lightly, and my prayer is that I will leave a small part of my being with you to remember, to hold on to and to respect.  I learned that lesson in another time and another place, yet I will continue to do all within my power to help you become everything you are capable of being.  Grandparents are an important and integral part of any child’s life, and I want you to know that I am so proud of you Reagan, and you continue to amaze me.  I wonder what word there is to convey that to Reagan? Yes, I know!  Grandson!  “Ndinotenda Mukorore!” (“I thank YOU my Grandson!”)